Rihanna is the source of inspiration for the latest Yo Gotti joint. Gotti, who shall be dropping his new album The Art of Hustle soon, is sharing his latest track -- simply entitled "Rihanna" -- featuring Atlanta's premiere rapper, Young Thug. Listen to the new Gotti joint after the jump. 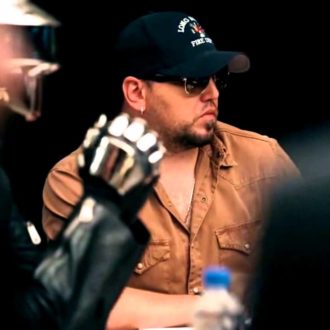 Rihanna made an appearance at the iHeartRadio Awards, performing her new cut "B***h Better Have My Money" (which she recently dropped and you may listen to right here) for the L.A. crowd in front of a parked helicopter. Watch her first live performance of the song after the jump. Rihanna is dropping some new music, as promised. "B***h Better Have My Money" will show up on the follow-up to 2012's Unapologetic. That as-yet-untitled album is being executive produced by Kanye West and includes the previously released single "FourFiveSeconds" and "American Oxygen", which was previewed during a NCAA commercial for March Madness. Check out Rihanna's "B***h Better Have Money" after the jump. Kanye West stopped by Power 105.1's Breakfast Club for an hour long interview. During his hour long sit down with the Breakfast Club crew Kanye discussed his Grammy incident and divulged some pretty juicy details regarding his currently untitled Yeezus followup. According to Kanye himself, the album is about 80% complete and will comprise of "bars, songs, [and] cookout music that just feels good". He explained, "My last album was a protest to music, I was like 'I'm gonna take my ball and go home'...This album is embracing the music, joy. Being of service to the people. I just hope people like it and enjoy it." But, in typical Kanye fashion, he didn't confirm a release date. In fact, 'Ye is completely over release dates and plans to drop the album as a surprise a la Beyonce and Drake. While discussing the forthcoming album, Kanye also touched on the track "Wolves" featuring Vic Mensa and Sia, which he premiered during his adidas fashion show. Apparently the track came from a Drake collaboration which, sadly, fell through. "The song came from a conversation me and Drake had where we were supposed to do an album together—it was supposed to be called Wolves...we said we was gonna do it, he was sending beats back and forth," said 'Ye of "Wolves." "I got this one record with Young Thug that I'm gonna put on the Rihanna album...It might happen because I threw that out there, but he [Young Thug] probably be mad that I mention it on your show because he dislike y'all so much." Check out the full Kanye West interview after the jump! After unveiling the visuals for her new single "FourFiveSeconds," Rihanna's folk pop song is getting a DJ Mustard treatment. And we're actually thankfully to hear the trademark "Mustard on the beat, hoe!" drop here, because the original is hugely disappointing and utterly cheesy. With some assistance from DJ Iknoso, DJ Freedo, and Shuck, Mustard has turned Rihanna's "FourFiveSeconds" into a club-ready track. Listen after the jump. Is this the making of '90s GAP revival? Rihanna is joined by Kanye West and Paul McCartney for the "FourFiveSeconds" visuals. In it, Rihanna is sandwiched between two men, one who is an ex-Beatle, while the other is Yeezus. There's not much to say here, other than it's a dilberately cheesy song with an equally cheesy video. Yep, straight cheese here, bruh bruh. Peep the visuals for "FourFiveSeconds" after the jump.