Hailing from North Carolina, this protégé of 9th Wonder made her way up the mixtape circuit with projects like Thank Her N.O.W., Return Of The B-Girl, and For Everything.

From there, she made the jump to releasing her debut album, The Idea Of Beautiful with names like Ab-Soul, Mac Miller, and Childish Gambino all playing the roles of co-star.

Under the watchful eye of 9th Wonder, you can bet that she’ll be around for a long time to come. Be on the lookout for her next project, She Got Game hosted by DJ Drama coming August 20th. 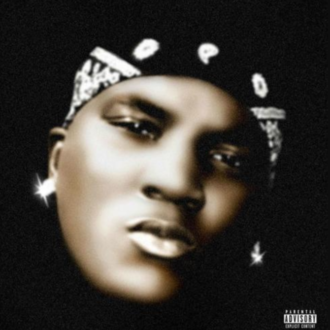 If there's an unsung hero award in rap, then Big K.R.I.T. is the unanimous winner for 2015. He's concocted an outstanding -- also surprisingly slept on -- catalog of music for 2015. And hot off the heels of his DJ Drama-hosted mixtape It's Better This Way, this Mississippi workhorse links up with Rapsody for ''Guillotine Flow'', which has the legendary 9th Wonder handling the production. Backed by Wonder's gorgeous percussion and strings, K.R.I.T. goes off with an inspiring delivery -- spitting bars and swagging the beat. Check out Big K.R.I.T. connect with Rapsody and 9th Wonder for ''Guillotine Flow'' after the jump. After what could only be described as a flop with her debut album, Dirty Gold, Angel Haze looks to correct the errors by going back to the always dependable mixtape format. She's sharing "Babe Ruthless," the first teaser from the forthcoming mixtape project, which Haze has called her going "super saiyan" (yes, that's a Dragon Ball reference, folks.) In addition she's also been quoted by Fader as saying the project is her Tupac-esque "Machiavelli" ish. It's apt that she's sharing "Babe Ruthless" as the first track from the tape as it's her statement -- her alter ego. Solid return for Haze. Listen to "Babe Ruthless" after the jump. Undoubtedly the part of the annual BET Hip Hop Awards that hip-hop heads prefer: the cyphers. And thankfully you didn't have to sit through the entire award show in order to watch every single cypher from the show as BET has graciously made the videos available to watch online. There was a total of six cyphers this year, ranging from Wiz Khalifa's Taylor Gang to Papoose to Kevin Gates and Loaded Lux to Snoop's Army with Murda Mook to Vic Mensa. We've conveniently posted each cypher for you to watch after the jump. Enjoy.