I came across Tess the other night hosting the Nu-Soul Series at Frank’s Lounge that happens once a month on Saturday’s.  I usually get to discover new acts at this showcase spot.  The place was packed and a lot of folks came through to see Tess Boogie as she’s known within her circles.   She’s no newcomer to the scene.  She’s been touring with world-renowned DJ’s, making mixtapes and has had her songs featured heavily on NY’s Hot 97.

So – when I called her on to the stage- introduced her to the crowd- she strutted up in her sexy outfit, high heels and poured her heart and soul on to the audience and they were eating it up- It was high energy the whole time. Tess has quite a charisma, stage persona and boy can she pelt!   So she has this project called Tess Goes Jodeci. A great and fun concept paying homage to timeless music and an artist she was greatly inspired and moved by- Jodeci! You’ll be hearing a lot more from Tess mark my words!

Here’s something capturing her live essence taken from Shrine.


And the cover- ‘Tess goes Jodeci’ which is available at all online retailers. 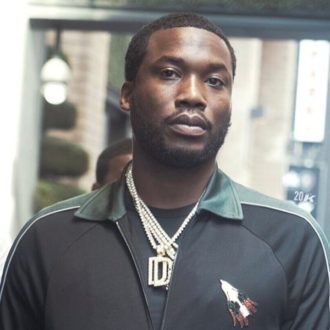 Amid all the chaos happening outside, Kendrick Lamar managed to perform at Hot 97's Summer Jam concert in New Jersey yesterday. During his set he did To Pimp a Butterfly cuts "The Blacker the Berry", "King Kunta", and "Hood Politics" for the first tim livee. You can watch a video of the performance after the jump, via Hot 97. Schoolboy Q also came out to do "Collard Greens" and "Studio." Charles Hamilton, who recently inked a new record deal, dropped "Correct," as well as another track with Rita Ora entitled "NY Raining" has begun his comeback. Hamilton stopped by Hot 97 to discuss his departure from the rap game, his inevitable comeback, and even spits a great freestyle to boot. Check it all out after the jump! Get hyped: CyHi the Prynce will be following up his excellent Black Hystori Project from last year and in the meantime he's sharing the first cut from the forthcoming, currently untitled project. Here, he samples Jodeci. Peep CyHi's "Forever" after the jump.