Alot of yall was hating on my boy Diddy`s Last Train To Paris. It seems like he pulled the upset of the year on the haters though because although his album was slated to sell 65k first week he stunned everyone and pulled off a 100k+ victory.

Speaking via his Diddy Blog video series, Puff made sure to address critics and thank his supporters. He even addressed the situation

“Y’all already know I deal with a lot of hate and I talk about that but it’s also important to talk about when I’m dealing with a lot of love,” Diddy said in a vlog. “And the love you’ve shown me and the girls on this project, y’all made this project a success and I want to say thank-you. We ain’t have no number one records — we had the Twitter support, we had one of the first albums where Twitter overrode radio, TV, anything else and y’all basically said that y’all heard the album and it’s hot. Definition of the Internet. Word of mouth, being viral, having control of what’s going on. I want to thank y’all for just helping me get to this day, helping [Dirty Money’s Kaleena and Dawn] get to this day. Y’all been riding with us, seeing us grow and evolve, but like right now, Twitter, you guys, everybody that’s in the family, that’s been down from day one, thank-you, thank-you, thank-you — The success of this album is all due to you guys. We’re gonna keep spreading the word, we’re about to go on tour, we’re about to really get this mood cracking.” (Diddy Blog #7)/

I`m sorry but I hate to say that this Diddy/Dirty Money crew showed and proved, more than 10 years later and he`s still on top. After listening to that coming home track about 3 times I already know why the album is doing so well. Music lovers know it too and Diddy is definitely not too shy to put haters on blast:

” the ‘experts’ projected that our ‘Last Train To Paris’ album would move approximately 65k units in its first week. Well, they were wrong. With the help of our fans and the tremendous power of Twitter our debut album skyrocketed to #7 on The Billboard 200 chart scanning more than 100k units. Also this week, our new single, ‘Coming Home’ broke through to the top ten on iTunes. This is an amazing start for a brand new group and for a debut album. We are so thankful!”- Diddy, Dawn, and Kalenna (Diddy-Dirty Money)” (Statement)”

So get the album if you want some good bangers with out all the Kanye overratedness attached to it and P.S. stop “hating”.(if the ad audio on the side gets in the way you can mute it) This might be more exciting than her getting a new Bentley truck. 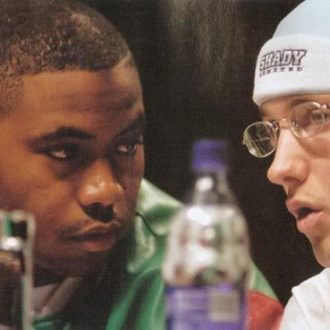