“To be honest, I didn’t feel any fear about Solar until I actually saw him punch Guru in the face. Solar didn’t know I had seen this go down. It happened in a back alley behind a club after a gig in Europe. I was heading back to the hotel post-gig, cutting through the backalley of the club as a shortcut. After a gig Guru and Solar often stayed behind, and the rest of the group would head back to the hotel. So I’m walking down the alley heading to the hotel, and suddenly the back door of the club flies open and Guru comes stumbling out like he had been shoved, Solar right on his heels yelling at him like a little boy. By now, this was a fairly common occurrence for me to see, but what happened next left me paralyzed. Guru seemed to be quietly arguing back. Clearly he felt that whatever had happened didn’t merit such a response from Solar, and it seemed like he was trying to explain himself.” (F*ck Solar)

Brownman elaborated and said Guru denied being abused by Solar.

“Solar swung on him… hit him in the mouth. And then again in the head. I was frozen. Far enough away that they couldn’t see me, but frozen in my tracks. I took a step forward, but I didn’t know what to do. And then Guru seemed to sort of shrug it off. Until that last year of his life, he was a tough, well-built guy, but I did think it was weird he didn’t fight back. And I’m pretty much a peace-loving pacifist… not a fighter… and none of this was my business. I was hired as the Jazzmatazz trumpet player, not as the Jazzmatazz judge and jury – so I swallowed hard and left, disturbed by what I’d seen. The next day, in a moment when Guru and I were alone, I quietly asked him, “hey G… what happened to your mouth man?”… just to see what he’d say. He looked me right in the eye and said “aw, I dropped some weights in the gym. I gotta be more careful, right son?”… and he smiled and gently poked me in the ribs saying “skinny bookworm like you don’t know nuffin ’bout the gym, right?” (I was always reading while on tour, and read about 3 books a week on average). He then winked at me and walked away… and if I hadn’t seen what I’d seen, that charming response would have made perfect sense. But instead I felt sick. Sick that this man – one of my heros – had been abused… and now felt the need to lie to me about it… to cover-up the incident and protect his attacker. It was awful.” (F*ck Solar)

This is sad as hell if it is true, I really hope its not but all we can do now is try to find out the truth. Also check out the tribute album to Guru from Group Home its pretty good stuff. 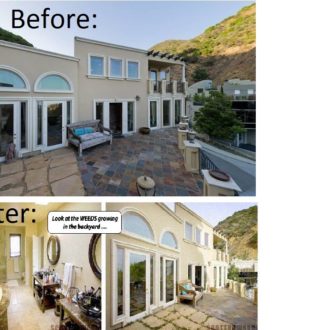