To be released through Babygrande Records on October 11th.

Next Friday, October 11th, Curren$y, Trademark, and Young Roddy return with their new album , Plan of Attack. Today, they’ve come through with the ensemble project’s official tracklist and cover art.

Anchored by singles like “Plan of Attack” and “No Hook,” Plan of Attack will be a 12-track endeavor, with all songs featuring each member. As musical stalwarts with an earned cachet, Jet Life has amassed a wealth of respect during their tenure, and Plan of Attack’s production credits aptly reflect this; veterans like Cookin Soul will be featured on the project.

Not only is their influence and respect embedded in the production, but also in the album’s cover art. Designed by famed Italian illustrator Diego Riselli, the art features cartoon depictions of the three, each with eyes lower than the next — after all, this will be a Jet Life album.

Plan of Attack will be released through Babygrande Records, and label CEO, Chuck Wilson, is just as excited for its impending arrival as Jet Life’s rabid fanbase is: In a statement, Wilson remarked, “Now we can’t wait for everyone to hear the album which we have been working on for a year.”

On October 11th, the wait will finally be over.

Check out the album’s eponymous single and full tracklist below: 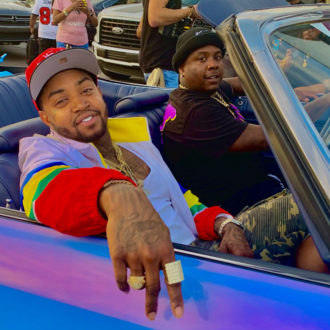