Gilbert Arenas, the undersized yet explosive guard for the Washington Wizards, claims that his health is back to 100% after almost two full seasons of injuries.  Arenas worked with a new trainer this off season, after one and a half years of rehabbing on his own, and it has apparently led to great results.  With these great results, however, Arenas has come away from the rehab experience with a finger pointed at his own team for mis-treating him over the course of his injury.  The “Hibachi Master” claims that The Wiz pushed him to come back and let him come back too early in an attempt to sell tickets to games.  He also went on to say that he is an example of a player who was given too much freedom to rehab his injury, and that the Wizards should have slowed him down more and been more patient in general.  I am really excited to watch Arenas play basketball again; he’s always been one of my favorite players and he creates some amazing big-play moments that are only rivaled by guys like LeBron and Carmello Anthony, in my opinion.  Below are some excerpts from Arenas’ statements, as well as some dope videos of the electric Arenas.

“Nobody could guard me before, and can’t nobody guard me now…If I hadn’t come up here, I’d be starting off the season with a 95 percent chance that I’d be sitting out more games. … [Tim Grover] saved my career.”

“If you have a kid that loves basketball, that eats, sleeps, drinks and thinks basketball and all he knows is basketball and he gets hurt and he’s your franchise player, you need to hold him back from himself,” Arenas told the newspaper. “If I’m saying I feel good and you know it’s supposed to take six months, instead of letting me at four months run … they should have held me back. Rather than saying, ‘Let’s let this guy do what he wants and use him to sell tickets’ — sometimes you have to protect players from themselves. I don’t feel like I got that type of protection. But, I don’t judge them for that. Some things just happen. I told them I felt OK because I wanted to play, and they did what they did.” 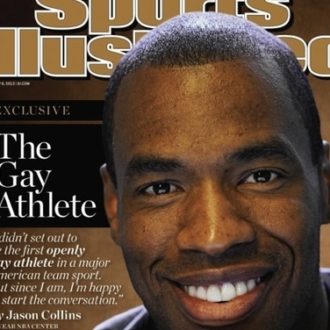 Takes a lot of guts to do what he just did.