* No shots, but let’s remember here that there are some serious industry beats on this mixtape.  it’s a risky time in this business, and I’m curious to see how long this album stays up for sale.

and now, onto industry news

• SellaBand files for Bankruptcy
I was pretty sure this wasn’t going to end well, but didn’t know it was going to end this bad.  Sellaband, the company that purports to help artists raise money to fund their projects by tapping into direct “donations” from fans, has filed for bankruptcy in Amsterdam.  The site had an announcement on it’s homepage (after a while claiming that they were down for scheduled maintenance) saying that they’re working on passing all assets etc. off to a new owner.  I believe that as much as I believe their site was down for scheduled maintenance.  I’ll be very interested to know what happens to all the donated money by fans to fund artist projects, because if they screw this up, they’ll screw up this entire model going forward: no one will trust it.  Public Enemy was one of the most notable bands using this model, and has been in the news a few times for their struggles with being able to reach their $250,000 benchmark (last I checked they were around $70,000), so I wonder what their fate is.

• MySpace to focus on “Discovery”
Even Industry heavyweights like MySpace are having to reconsider their future.  They’re trying to differentiate themselves from facebook, and hang on to what little relevance they have left.  Their idea is to focus on discovery of music, movies, games, etc., essentially recommending content to users, and hoping that user-feedback and interest will dictate recommendations that are actually interesting enough to motivate users to come back.  Seems like a smart move to me.  It takes advantage of the “social” element by using input from your “Friends” as to what you’d be interested in, and it gets back to myspace’s roots.  However, part of the problem is that your “friends” on myspace aren’t really your “friends” and my guess is that advertisers are going to dominate the “recommendation” game so MySpace is going to have to struggle to make this work.

• Pandora looks like it has a future
Pandora is doing what few other companies in the music/tech space are managing: turning a profit.  This year, they took in $50 million of revenue, off of 40 million users, and had to pay out $30 million in royalties.  That sounds pretty good, except if you’re an artist, as Pandora has been through many struggles to pay less per stream.  Interestingly enough, this article directly addresses the shaky future of MySpace Music too. 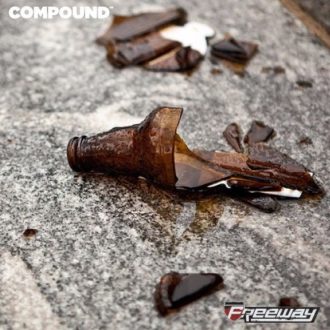 Philly spitter Freeway's been dealt some awfully crummy cards throughout his life and on his latest cut, "Wasted" chronicles the many trials and tribulations of substance abuse. On the track, laced by Merc Beatz, Freeway recollects the consequences of substance abuse and the effects its had on his friends and his neighborhood. Peep the new Philly Freeway joint after the jump. 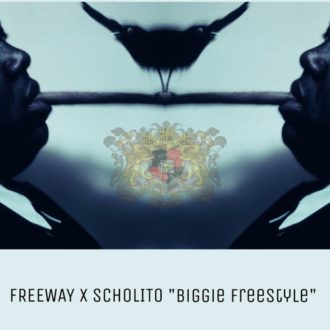