.
.
.
.
.
.
.
.
.
.
.
.
.
.
.
.
.
.
.
Do you know how you know when you made it? when companies let you wear multi million dollar prototype panties to shoot videos. Fancy British lingerie store Rigby and Peller’s say they loaned seven sets of handmade underwear (or, for Gaga, outerwear) to Lady Gaga for her to prance around in while filming her new video. Three of them made it back to the store in time for its big yearly showcase, but four of them are missing. I mean even though they are really valuable, I hope the company wasn’t planning on making another model wear them after wards, I mean knowing GaGa and her crazy after concert shenanigans anything might be possible, seriously though what kind of company loans panties. 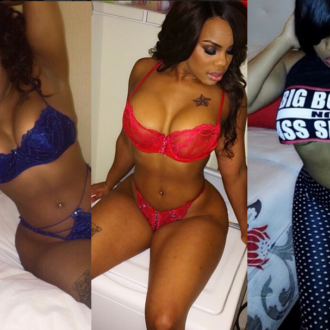 This video is not quite safe for work, but it's really more suggestive than anything.  "Freak" comes from the forthcoming Diplo compilation, brilliantly titled Random White Dude Be Everywhere.
Mamma Monster decided to let the fans hear what they missed out on when her vocals didn't make it onto the final cut of GKMC. What do you think of this version?